The Lister Bell Specialist Cars STR is a reincarnation of Bertone’s iconic Lancia Stratos. LB mission is to produce the STR in such a way that it pays homage to the original Lancia and therefore maintains all of the visual presence and character of the genuine Stratos, but is engineered and advanced in a way better suited to this millennium. The result is a stunning car that, in most cases, mounts a 2.5litre Alfa V6 with 220Hp or the 3.5litre supercharged Toyota V6 with 350Hp.

In 1970, at the Turin Motor Show, Lancia debuted the Stratos Zero concept car. This wedge shaped car was a radical concept that featured a Fulvia V4 engine. The styling of the car was unique and the Stratos name was born. A year later at the same show Lancia presented the Bertone designed Stratos HF prototype, sometimes known as the 1240 car. This car was much closer to the now familiar and iconic Stratos, but it was still a concept and featured aluminum front and rear bodywork, a twin wiper system along with a double wishbone rear suspension system. This car was fitted with the Ferrari Dino V6 motor.

During 1972 & 1973 the Stratos was developed and tested in some competitive events under the Gp5 prototype regulations. To compete in the World Rally Championship the car had to comply with FIA Group4 regulations and this meant that 500 examples had to be built to prove the car was a production vehicle rather than just a special. At the time other manufacturers were essentially competing in modified versions of their production cars, which they produced such as the Ford Escort, the Fiat Abarth 124 and the Opel Ascona.

The Stratos therefore became the first homologation special rally car, meaning that the car was developed as a rally car primarily and the road cars were built to allow it to compete rather than it being built as a road car and it then being modified to go rallying. The car was homologated in time for it to compete at the 1974 championship and it went on to win the World Championship in 1974, 1975 & 1976.

Based near Newark in Nottinghamshire, LB was founded in March 2010 by Craig and Lydia White. “When it came time to design the STR, our interpretation of the Lancia Stratos, we wanted to build a car that paid homage to the original Lancia but also one that wasn’t constrained by the use of rare or outdated components in an attempt to create either a rivet replica or a continuation car”. Said Craig White. “With other established companies in the UK already producing their interpretations of the iconic car we needed to come to the market with a product that was either more authentic than the other companies or with one which was engineered to a level more appropriate to this millennium”.

Step forward the STR, a car built with the ethos of the original Lancia but one which can actually be used in the real world without the fear of damage or reliability issues all for a fraction of the cost of an original Lancia. Of one thing you can be sure about, this car will turn heads anytime you’ll be driving it!

Before you go take a look at another Racing Spirit Garage Diaries, read about the best North American road trips 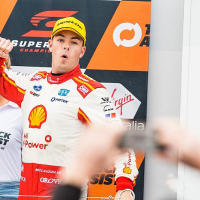 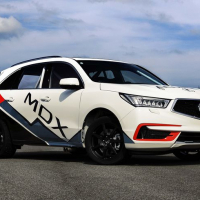