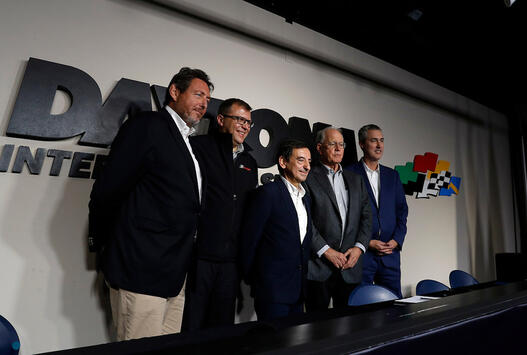 On Friday January 24th, 2020, one of the most significant announcements in the history of sports car racing was made when IMSA and the ACO announced convergence for the top category of the sport.

Executives from both sanctioning bodies participated in a press conference announcing the new LMDh race car, which will roll out in the FIA World Endurance Championship (WEC) in September 2021 and in the IMSA WeatherTech SportsCar Championship in January 2022.

The LMDh will be eligible in the top category globally, paving the way for competitors to compete for overall victories in the Rolex 24 At Daytona, 24 Hours of Le Mans, Mobil 1 Twelve Hours of Sebring Presented by Advance Auto Parts, and all other WeatherTech Championship and FIA WEC races.

The reaction to the news has been understandably, overwhelmingly positive. Here’s a sampling of what’s been said in the industry since the news broke on the eve of the 2020 Rolex 24 At Daytona:

“How important was the joint announcement Friday at Daytona International Speedway between IMSA and the Automobile Club de l’Ouest (ACO)?

Indeed, it was arguably the most important development since the merger of the American Le Mans Series and the GRAND-AM series, creating the current IMSA WeatherTech SportsCar Championship.”

“The wall that kept IMSA and the ACO from playing together with marquee prototypes is finally coming down. Of the many compelling aspects to highlight from the convergence between the ACO and IMSA, I’m encouraged by where the conversation started.”

“Its formation means manufacturers can compete with the same car at the 24 Hours of Le Mans, the Rolex 24 At Daytona, Spa, Petit Le Mans, and both endurance races at Sebring, which is pretty awesome.”

“The huge announcement on the convergence of the top class of both the IMSA WeatherTech SportsCar Championship and FIA World Endurance Championship today has left a huge number of manufacturers with plenty of thinking to do.

“The opportunity to take one car and compete with it at some of the biggest, most historic endurance races on the motorsport calendar is one that many marques feel will be hard to pass up.”

“The International Motor Sports Association (IMSA), which looks after the WeatherTech SportsCar Championship in the US – that’s the one which includes the Daytona 24 Hours – has finally come together with Le Mans organiser Automobile Club de l’Ouest (ACO) to converge the rules of its top-spec classes. Hurrah!”

“The truth is that with all the discussions about IMSA and the ACO, I can’t think of anything more exciting for me, Max and this team to be able to go with Cadillac and try and win the Le Mans 24 Hours.

“Somehow we’re going to have to get Cadillac and GM focused on this. We’ll figure that out; it would be good to take this group to the 24 Hours of Le Mans and win overall.” (SportsCar365.com, 1/27)

“We have been asking for this for a number of years. We can run here [at Daytona], we can run Petit Le Mans and we can run Sebring.

“Le Mans is one of the things we’ve never won. I have been there twice. We need to go and be able to race there and race to win.

“So, this convergence is going to allow these world-class events to have that kind of competition. The OEMs don’t have to spend $300 million to go to Le Mans and race each other. They can take that down many, many times and we can have people with cars coming from the U.S. and other parts of the world enter these big races. I think it’s great.” (Motorsport.com, 1/25)

“It’s an historic day. It’s super exciting for motorsports in general. It gives us a wonderful runway going into the next 10 years to race competitively and globally. So now it’s going to be incredible to see everybody that comes out and wants to be involved.” (RACER.com, 1/24)

“Cadillac congratulates IMSA and the ACO on their announcement of a convergence in the top class of prototype racing. Since the introduction of the Cadillac DPi-V.R in 2017, we have had tremendous success in North America in the IMSA series and are encouraged at the prospect of an international formula for the future of prototype racing. Once we obtain further details, we will evaluate if our participation aligns with our company’s future vision.” (RACER.com, 1/24)

“Major positive news for global sportscar racing from ACO and @IMSA today. Great vision and collaboration to create better racing and therefore better entertainment for fans. The dawn of a new era for sportscars.” (via Twitter)

“A sensible approach to a global top class in sports cars. This has to be much more affordable and attractive to so many more manufacturers. The opportunity to enter into a motorsport programme that allows one car design with an already proven and cost effective LMP2 chassis that can race at Le Mans and Daytona in both IMSA and WEC is fantastic.” (via Twitter)

“For sure being based on a cost-capped LMP2, it will reduce the costs quite significantly while it’s global, so with the same car you can win in Daytona, Sebring, Le Mans and in WeatherTech and WEC makes it a very good investment for the OEMs.” (SportsCar365.com, 1/24) 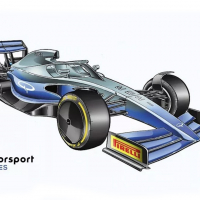