IndyCar unveil the advanced frontal protection (AFP) debris deflector, the latest in driver safety development for the sanctioning body, sooner than expected just in time for the IndyCar Grand Prix at Indianapolis Motor Speedway (IMS) and obviously in time for the Indy 500.

The small, bolted-on piece made of titanium—which will be mandatory on all entries—was tested by IndyCar teams at IMS in late April during practice for the 103rd Indianapolis 500.

IndyCar President Jay Frye said the sanctioning body is satisfied the AFP is ready for use in all NTT IndyCar Series races this season, starting with the IndyCar Grand Prix on the IMS road course on May 11 and including its original target date for implementation, the 103rd Indianapolis 500 presented by Gainbridge on May 26.

“Thanks to a phenomenal effort by Dallara and all of the IndyCar teams, we are ahead of schedule in making this happen,” Frye said.

The AFP unit weighs just under 5 lbs. with brackets and reinforcements built into the monocoque for support. It has also passed the same load testing as the Indy car roll hoop sitting behind and above drivers.

Arrow Schmidt Peterson Motorsports driver James Hinchcliffe, who is among the 29 drivers who participated in Wednesday’s open test, praised the sanctioning body for continuing to prioritize driver safety.

“It’s great to see that IndyCar is always pushing safety,” Hinchcliffe said. “Obviously, this is just Step 1 in an evolution of head protection. But having been hit by a piece of debris that would’ve been prevented with this device, I’m all for it. It’s also comforting to know that behind the scenes we are still working hard on a more comprehensive solution.”

Frye called the AFP “Phase 1” of INDYCAR’s solution to improve cockpit safety. The next phase is expected to be revealed in June. That phase may be related to the windscreen currently under development, which was tested with a prototype last year but still requires further development. “It’s an evolving process; we work on safety every day. [The AFP] is just the next evolution of what we’re doing,” Frye concluded.  We applaude IndyCar for making our sport safer and even more interesting to spectate.

Before leaving this page you might be interested to read another blog post on Casa Ferrari, a must see museum that celebrates the life and achievements of the Drake. 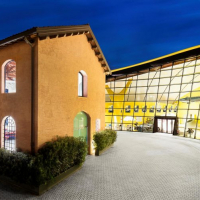 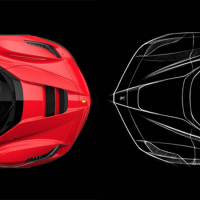