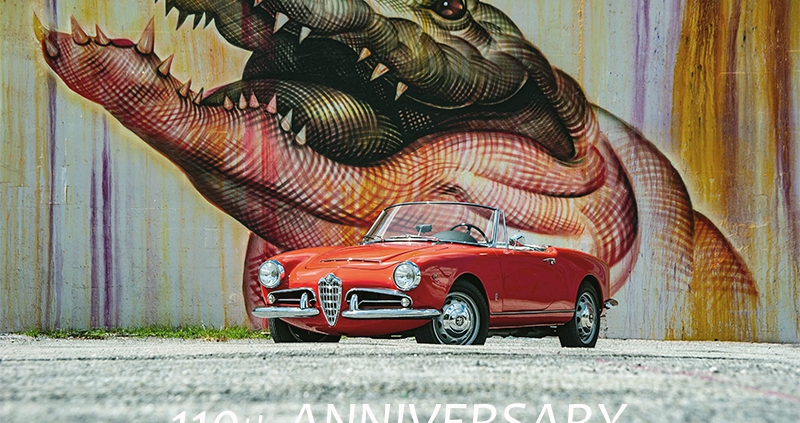 The “other” Italian car brand that is Alfa Romeo has an incredible history. In its 110 years of existence, it’s been through two wars, some incredible highs, and a number of seemingly insurmountable lows. It has set countless benchmarks in beauty, design, and innovation over the decades but despite this, Alfa Romeo is relatively unknown in North America. If you are curious about this storied brand, they’ve put together 110th Anniversary Heritage Content Package which is loaded with anecdotes, images, and passion.

Like most car brands, passion, the fire that burns within, that sense of pride, is an important part of its DNA. At Alfa, it’s a driving force. It’s what led them to create beautiful cars, fast cars, and the push the envelope of what was possible throughout most of its history. For brand enthusiasts and connoisseurs, “being with” Alfa Romeo goes a little something like this: It’s like a messy passion-filled relationship with the most beautiful and difficult person you can imagine. When things are good, life could not be more fulfilling. When they’re not, well, to put in succinctly, the Uber app comes in handy. Passion, however, heals all wounds.

We were offered the opportunity to sit in on a conversation with Lorenzo Ardizio, curator of the Alfa Romeo Museum in Arese, Italy, quite possibly the most well-read and fanatical Alfa Romeo lover there is. In just over an hour’s time, he commented on a very interesting tour of the Museum through images included in the package– there are few scenarios better than speaking with a person who knows all the stories.

The museum itself is about more than the cars and visual displays. It’s a gathering of stories, victories, emotions that dig deeply into the brand’s DNA. There are three sections to the Museum, starting with the Timeline. The Bellezza, the only section name not translated because there’s no proper EN equivalent (it means beauty), is about design. And finally, there’s Speed, where Alfa Romeo’s motorsport history shines.

Obviously, the cars are the protagonists of all these great stories. Throughout the Museum, there are 70 cars on display. Without specifically saying it, Ardizio noted that the other 206 cars in the building, the vault if you will, is where the concepts and ideas that never happened are stored – what a glorious place this must be. The oldest pieces in the collection are the 1910 A.L.F.A. (Anonima Lombarda Fabbrica Automobili) 24 hp and a 1906 Darracq, the precursor to Alfa Romeo.

A fun detail about the collection: it was employees that began saving cars early on that eventually found a home in the plant build in Arese in the 1960s. It was here that the Alfa Romeo Museum was finally added.

Beyond the cars and related to the stories are the Archives, which cover an incredible 1,000 sq. meters. ) Unfortunately, an October ’43 bombing destroyed much of the pre-war archives and registry. Even so, the archives still hold documents such as an employment request from THE Enzo Ferrari!  You know, the guy that went on to race for and handle the Scuderia Ferrari, Alfa Romeo’s racing department, the guy that founded Ferrari…

There are so many highlights in Alfa Romeo’s 11-decade history that it’s impossible to recount but a fraction here. In a nutshell, Alfa was born in Milano in 1910. Romeo was added to the logo in 1918. The Quadrifoglio logo arrived in 1923. The 30s were the company’s golden years with Enzo working his magic and the birth of the insane Bimotore, a twin-engine 500-horsepower supercar that hit 337 km/h, in 1935! Then WWII happened, which was followed by what some called the Italian Sweetheart: the 1954 Giulietta.

Lorenzo made a special note about the Giulietta. In his opinion, this car may hold the greatest impact in relation to the brand’s history. This car introduced a new position for Alfa Romeo in the market. It was attainable, and buyers could relate to it for many reasons including its female-sounding name. Before it, all cars were named with numbers and letters. As well, the Giulietta was available in multiple colours other than the previously limited three shades of blue and three shades of grey (Ardizio’s words).

The Alfa Romeo Giulia arrived in 1962 and it was manufactured for an astounding 40 years, until 1994. For the most part, the 80s were a little rough but all was forgiven in 1997 when the Walter De’Silva-penned Alfa Romeo 156 arrived. Many more new models including the 8C were subsequently launched but this inevitably brings us to the present.

We here at Motor Illustrated have a few favorites that we recall rolling about in our youths. The Alfa Romeo Alfetta GTV (GTV 2.0 and GTV6), 164, and Milano (75) often come up in conversations about our favorite cars from the 80s. For obvious reasons, we also have a soft spot for the Alfa Romeo Montreal. These older models are mentioned when we discuss the current Giulia and Stelvio. For their uniqueness, character, and style, they often beat out their German counterparts.

As Alfa Romeo prepares for its 110th-anniversary party, we wish them at least another 110 years of design, passion, and performance. From what we’ve seen in the Alfa Romeo Tonale concept, they’ve not lost their touch. 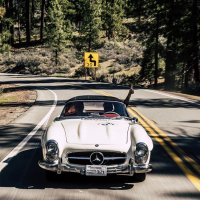 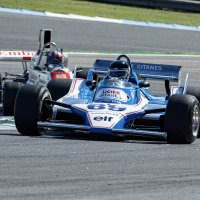 Estoril Classics, a must see event
Scroll to top