It was a fun weekend in Daytona for the now annual 24 Hours Classic race Presented by IMSA organized by HSR – Historic Sportscar Racing.  HSR was formed in the mid-’70s with an event at Road Atlanta. There was one goal then and it remains true today: to celebrate the racecars from our past. As a “time machine” of sights and sounds, HSR provides a venue for competitors and spectators alike to share in the wonderful history and excitement created by the cars that competed at racetracks around the world. It is the goal of HSR to organize and promote competitive races, featuring historic sports cars. The top priorities are safety and sportsmanship; drivers, crewmembers and spectators sharing a passion for vintage racing thus creating memorable motor-sports events. And a spectacle it was starting from a brand new Hard Rock Hotel on the world’s most famous beach on Atlantic Ave. in Daytona Beach home for the weekend of many racers and fans. On track activities began on Wednesday with open testing and drivers meeting. Thursday, Friday and Saturday was mix of practice, qualifying and races for both HSR group and Classic 24 cars. The event objective is to have these wonderful cars spend as much time as possible with on track activities. Trans-Am was also present with both historic and current racecars.  Many familiar faces were on hand and we had the pleasure to spend some time with Italian 60’s/70’s icon Arturo Merzario, an accomplished F1 and sports car driver. Had a great chat also with German F1 driver Jochen Mass who drove in many different Series in which he showed the ability to be successful behind the wheel of many different types of cars. IMSA drivers Joao Barbosa currently racing with Christian Fittipaldi in the Action Express entry, was also present with on-track rival Jordan Taylor piloting the #10 entry of Wayne Taylor Racing.  The Historic 24 hours race is divided in six classes (A, B, C, D, E and F) and each class races for an hour four times; the sum of the six classes times the four stints makes the race last 24 hours.  It would be asking too much to these cars to run 24 consecutive hours.

Each Run Group winner was presented with a custom HSR Classic Daytona 24 Hour B.R.M. Chronographes watch for their day-long achievements on the 3.56-mile DIS road course at the “World Center of Racing.”  Repeat winners ruled the day-long Daytona race this year with only the Group A Olthoff Racing 1968 No. 101 Lola T70 of Jim Cullen and Frank Beck victorious for the first time in the Classic 24 Hour race.  Consecutive Classic Daytona repeat wins were earned by John Harrold, Ryan Harrold and Kevin Wheeler in Group B in the Team Mean/KMW Motorsports 1979 No. 94 Chevron B23/36, and Tommy Dreelan and Aaron Scott in the 1987 No. 14 Celtic Speed Porsche 962 in Group C.  Cohen and Snowdon earned the Group D GT victory in the Aurora in the 2017 Classic Daytona, but this year moved to the overall lead in the opening round Saturday afternoon and never looked back. The 2005 No. 38 Audi R8 LMP of Rogers Motorsports co-drivers Andy Wallace and Doug Smith also scored a third Classic Daytona victory this weekend in Group E. Yet another repeat winner was the JWE Motorsports 1974 No. 99 Porsche – a 911 with 1988 Porsche 993 updates – that  Mike Gaulke  and  Thomas Merrill  co-drove to victory for the second-straight year in Group F.

But this is not all folks; cars will be back racing in Sebring in three weeks. We cannot think of a better way to end the 2018 than to return to Sebring International Raceway.  HSR will host the Classic Sebring (Classic 12 Hour) and Sebring Historics for a week long, action packed race event like no other.  Once again vintage aircraft join us in the paddock for a display unlike anything you will see anywhere else. Is this Racing Spirit or what? 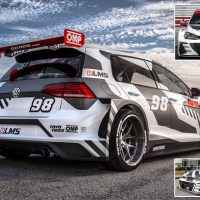 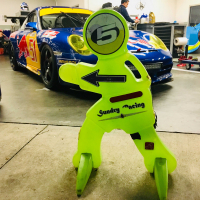