There is a reason why his most loyal fans call Marco “speed racer”: Marco is a leader and embraces the Racing Spirit.  We are very proud to have Marco as an early adopter of our brand not only because he is a super cool guy with a rich family history, but because his passion for our brand is a testament of our beliefs and to what Racing Spirit is all about: Thanks Marco!

Marco Michael Andretti was born on March 13, 1987 and is an American auto-racing driver who currently drives the No. 98 car for the Indianapolis based Andretti Autosport in the IndyCar Series. Marco is the third generation of the famous Andretti racing family headed by the 1978 F1 World Champion Mario Andretti.  Marco’s career developed in the United States ladder Series (Barber Formula Dodge, Star Mazda & Indy Pro-Series) and made his Indy Car debut in 2006 at the age of 19 made him as the youngest full time driver in series history. Like his grand father Marco enjoys racing in different Series and competed in the American Le Mans Series, Grand-Am Rolex Sports Car Series, A1 Grand Prix, Formula E, 24 Hours of Le Mans and the Australian V8 Supercars.  Is this Racing Spirit or what? … embrace with us the Racing Spirit! 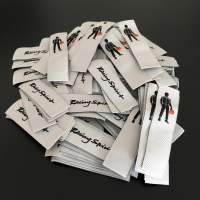 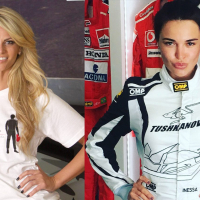 Heidi and Inessa
Scroll to top