Mercedes turned heads on Day 2 of pre-season testing with an ingenious moving steering system dubbed ‘DAS’ by tech chief James Allison – but what does the system do, is it legal, and is it safe? Here’s what we know so far.

What does DAS stand for?

After James Allison explained the system was called ‘DAS’ at F1’s lunchtime press conference, there was an immediate flurry of speculation as to what the acronym stood for. But shortly afterwards the team revealed it was short for ‘Dual Axis Steering’ via their Twitter feed.

What does DAS do?

As F1 technical expert Mark Hughes explains here, the device appears to change the alignment (toe) of the front wheels. It is controlled by the driver by pulling and pushing on the steering column.

Allison was coy about its use when grilled on Thursday afternoon. “It just introduces an extra dimension for the steering, for the driver, which we hope will be useful during the year,” he said. “But precisely how we use it and why we use it, that’s something we will keep to ourselves.”

The team clearly being tight-lipped about the system, but our tech expert Mark Hughes says: “If the mechanism works as assumed, the [effect of deploying the device will mean the] tyres will be heated more evenly across their width as they run fully upright, but the benefits of toe-out can still be deployed into the corner. It will be of particular benefit on circuits with long straights.”

Almost from the moment the mechanism was first spotted, there were question marks about whether such a system would be allowed by the F1 regulations.

But Mercedes say they’re not concerned about legality issues. Allison said: “This isn’t news to the FIA, it’s something we’ve been talking to them [about] for some time. The rules are pretty clear about what’s permitted on steering systems and we’re pretty confident that it matches those requirements.”

Hamilton and Bottas only used it for the first time on Day 2 of testing, but when asked if using the system was distracting in any way, the defending champion said he had no concerns.

“We’re trying to get on top of it, understand it, but safety-wise no problem today and the FIA are okay with the project,” he said. 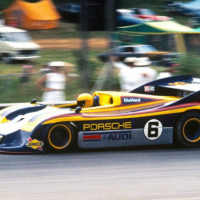