After many months of spy photos, the first-ever BMW M8 is finally upon us. And it truly is a first-ever offering, since the original 8 Series from the 1990s never received an M variant. The big question about this new ‘Bahn burner is the one we sort-of answered above, but here are more details. Under the M8’s long hood is a familiar twin-turbocharged 4.4-liter V8 as found in the M5, making the same 600 horsepower (447 kilowatts) and 553 pound-feet (750 Newton-meters) of twist. At least, that’s what you’ll find in the standard M8 – BMW is also launching the hardcore M8 Competition that, like the M5, further ups the ante to 617 hp (460 kW) to create a seriously fast GT machine. Unlike the M5, however, you can have your Competition with the benefit of open sky in the cockpit. Yes, the M8 Cabriolet is also among us, brandishing the same power in either standard or Competition trim.

Regardless of the model, the M8 dispenses its power through an eight-speed Steptronic transmission to all four wheels via BMW’s xDrive system. With a fearless launch, BMW says the coupe will hit 60 mph in 3.1 seconds flat, with the droptop being one-tenth of a second slower and competition models one-tenth quicker. Flat out, BMW electronically restrains the M8 to 155 mph, but if you check the optional M Driver’s Package, you can keep going to 190. Those performance metrics place the M8 among the world’s quickest GT cars, besting the $150,000 Aston Martin Vantage while trailing the $335,000 Ferrari 812 Superfast by just a few clicks. By comparison, M8 prices in the U.S. start at $133,000.

As you’d expect on an M car, the new M8 offers plenty of customization for both comfort and performance behind the wheel, though there is an emphasis on performance. Various modes for the transmission let the automatic handle all the shifting duties, or turn it over to the driver via paddle shifters behind the wheel. The xDrive AWD system can be dialed in for more all-weather grip or tail happy drift sessions.

Upgraded suspension components combine with steering and adaptive chassis settings for cruising or track attack, with Competition models adding stiffer springs and additional hardened components underneath. 15.5-inch front brakes with six-piston calipers are standard, with optional 15.75-inch carbon ceramic available to help bring everything to a standstill on command. Even the exhaust has selectable flaps to provide either a (relatively) quiet or raucous aural experience. Perhaps best of all, a new single setup button in the M8’s center console allows control over all performance configurations.

Design-wise, the M8 family receives only modest touches, notably at the front with an aggressive fascia and blackout treatment of the big kidney grille. A new rear fascia swaps the trapezoid exhaust outlets for the traditional M-spec quad exhaust outlets, while a slim spoiler sits atop the decklid. 20-inch M-specific wheels are part of the upfit, while the optional M Carbon Exterior Package injects extra carbon fiber into the front air intakes, mirror caps, side gills, and the rear diffuser. Minor interior trim updates with the requisite M Sport seats and prominent M badging complete the package. 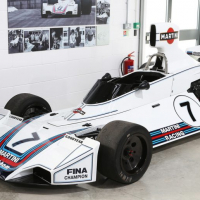 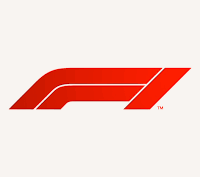 Formula 1 with a Budget; is it a good idea?
Scroll to top