Let’s face it, death is the ultimate risk any racer and any race fan always has in the back of their mind.  Racing is dangerous; we know it and we accept it even if it’s always hard, very hard to come to terms.  Racing used to be super-risky and we lost many friends as we were building up racing safety.  FIA has done a tremendous job in making our beloved sport as safe as possible, but it’s not, we know it and perhaps it’s the adrenaline we look for.  My first vivid recollection of a fatal accident was in Monza in 1978 when Ronnie Peterson died.  That year one of my favorite drivers, Mario Andretti, won the F1 championship, but it wasn’t exciting as it should have been.  Among the greatest we lost Gilles Villeneuve and Ayrton Senna and many others that share our beloved Racing Spirit.  While living here in the U.S., I saw friends that had the same ruthless faith from Greg Moore, Dale Earnhardt, Dan Wheldon and lately Justin Wilson.  Faith is unpredictable and sometimes our heroes sustain unimaginable injuries such as Niki Lauda, Alex Zanardi and Michael Schumacher.  A year ago we lost in a bicycle misfortune an American champion, Moto GP superstar Nicky Hayden, nicknamed “The Kentucky Kid”.  We will remember him and all our racers that have given so much to the sport. God bless.

Before you leave you might be interested to read another of our Commentary about the passion that moves the Condor boys. 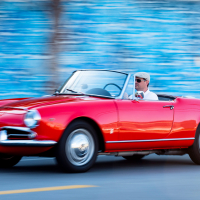 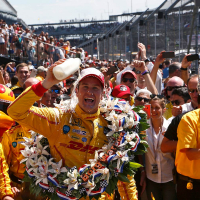 The Month of May
Scroll to top