If we had to choose the best month of racing has to be May because of two iconic events: The Indianapolis 500 and the F1 Monaco Grand Prix.  The first Indy race dates back to 1911 and the 102nd running of this race was celebrated in 2018.  The most successful drivers are A.J. Foyt, Al Unser and Rick Mears, each of whom have won the race four times. The active driver with the most victories is Brazilian Helio Castroneves with three. Rick Mears holds the record for most career pole positions with six. The most successful car owner is Roger Penske, owner of Team Penske, which has 17 total wins and 18 poles.  The Monaco Grand Prix is the Formula One motor race held each year on the streets of Monaco. Run since 1929, it is widely considered to be the most important and prestigious race in the world and, with the Indy 500 and the 24 Hours of Le Mans (typically in June), forms the Triple Crown of Motorsport.

In the past many F1 drivers drove at Indy. Nino Farina, Juan Manuel Fangio and Alberto Ascari all tried their hands at Indy when it was part of the world championship between 1950 and 1960. Jim Clark was the first F1 world champion to claim victory at the Brickyard, winning the famous Borg-Warner trophy in 1965. Fernando Alonso and McLaren shocked the motorsport world when they announced Fernando would miss this year’s Grand Prix in Monaco to compete for the team in the 2017 Indianapolis 500. Despite the retirement with 21 laps to go due to an engine failure, Alonso performed very well and was well positioned to win the 101th Indy 500 that went, for the first time, to Takuma Sato and to Japan.  This year Aussi Will Power took the checkered… job well done guys and great showing of your Racing Spirit. 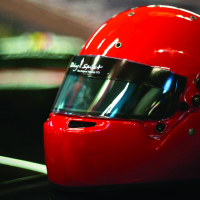 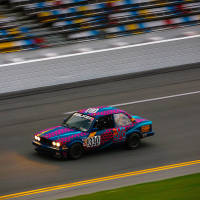 Passion Runs Deep with the Condor Boys
Scroll to top